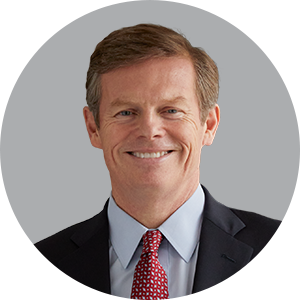 Listen to Note on the Week Ahead

The Investment Implications of the Housing Slump

For many people, I suspect, 2022 will a year to forget. However, for millions of home-builders, home-sellers and home-buyers, it will be remembered for the speed with which a housing boom turned into a housing bust. The reason, of course, has been a surge in mortgage rates. These rates look likely to stay high, at least over the next year, contributing to sharp declines in housing starts and home sales and a negative impact on GDP. Eventually, this could motivate the Federal Reserve to reverse course and cut rates. However, mortgage rates are unlikely to fall to anything like the levels they maintained for the 14 years prior to 2022, while limited housing supply will probably prevent a collapse in prices. Given this, it appears we are now entering an era when the decision to buy a house should be focused more on the finding the right home in which to live than the right asset in which to invest.

The collapse in housing in recent months has been dramatic. Housing starts, which in April topped 1.8 million units annualized for the first time since 2006, slumped to 1.425 million units in October. Traffic of perspective buyers in November has fallen to its lowest level since 2011. Existing home sales for October, released last week, showed a further slump in sales, also to their lowest rate since 2011. October new home Sales, due out on Wednesday, should show a similar decline.

The main reason is the usual problem with the mortgage market, which has to do with prepayments. When rates fall, mortgage holders are more likely to prepay their mortgages, shortening duration and causing mortgage rates to fall by more than Treasury rates. When rates rise, the opposite happens, with refinancing collapsing, duration extending and mortgage rates rising by more than Treasury rates.

However, on top of this, it should be noted that the spread between the 30-year fixed rate mortgage rate and the 10-year Treasury has averaged 1.78% over the past 25 years, so the spread of 1.60% at the end of last year was unusually tight. In addition, the Federal Reserve’s quantitative tightening program has begun to reduce their holdings of mortgage securities, although by much less than they seemed to intend when they announced the program last spring.

Regardless of the mechanics, the impact on borrowers has been dramatic. In October, the monthly mortgage payment on the median existing home sold was $1,997, (assuming 20% down and a 30-year fixed rate mortgage), up an astonishing 65% from the $1,210 of a year earlier. This has, of course, radically shrunk the pool of potential home buyers.

The Macro Impact of Weak Housing – The Economy’s Handbrake

We now estimate that single-family housing starts will fall by 28% year-over-year in the fourth quarter of 2022. In addition, we estimate a 30% decline in sales of existing single-family homes over the same period. These impacts are being somewhat mitigated by strong demand for multi-family housing starts, which look set to rise by 10% year-over-year in the fourth quarter and continued strong demand for additions and repairs as many home-owners decide to renovate rather than relocate.

However, even netting this out, we estimate that the decline in home sales and home building will directly reduce real GDP by 0.6% in the year ended in the fourth quarter of 2022 and 0.2% over the following year. Even with further knock-on impacts on consumer spending on furniture, appliances and home-moving expenses, this isn’t a big enough hit to trigger a recession on its own. However, combined with weakening net exports, continued fiscal drag and growing corporate caution, the housing slump could help tip the economy into recession in 2023.

One lesson from many past housing cycles is that it takes a long time for the market to return to equilibrium. While we believe that the Fed is nearing the end of its rate hike cycle, we still expect that it could raise the federal funds rate by 0.50% in December and 0.25% in early February. In addition, the Fed may contemplate the outright sale of mortgage-backed securities at some stage over the next few months, as allowing them to roll off their balance sheet clearly isn’t working in a world where mortgage refinancing has collapsed.

The first genuine relief on mortgage rates may have to wait for the end of 2023 when the Fed may begin to take back some of its rate hikes in response to both slower economic growth and lower inflation. Even then, we do not expect any return to the 4% average mortgage rate seen between 2009 and 2021.

Meanwhile, home prices should only fall slowly. The demographics underlying housing demand continue to be weak, with the U.S. population likely growing by less than 0.3% in the year ended in June compared to roughly 0.7% per year in the middle of the last decade. However, vacancy rates remain at historically low levels due to weak building activity after the Great Financial Crisis and mortgage delinquency rates remain very low. Unless homeowners are forced to sell at a loss, they will likely hold houses off the market until mortgage rates subside.

For the economy, housing will be more of a handbrake than a roadblock – slowing economic growth rather than preventing it. However, for prospective home-buyers the next few years are likely to be difficult, with homes remaining very expensive to buy while providing less potential for capital gains.

For generations of American families, buying a home has been a mark of personal achievement and a foundation upon which to build a fulfilling life. From time to time, it has also been seen as a quick path to financial success. 2022 is not one of those times and both today and likely for some years to come, investors might be well advised to buy a home for lifestyle but consider financial assets for investment returns.