With pent up demand and strong consumer balance sheets, investors have been banking on consumer spending, which accounts for two-thirds of U.S. economic activity, to prop up the weakening U.S. economy. However, with rate hikes increasing borrowing costs, retailers passing on higher costs to customers and gas prices shooting through the roof, consumer sentiments have turned. The U.S. Consumer Confidence Index (CCI) fell 2.7 points in July to 95.7, versus consensus of 97.0. Real consumer spending only rose 0.1% in June after dropping 0.3% in May. 2Q earnings offered a potential gauge of consumer resilience, but results have been mixed. Visa, Coca-Cola, Nestle and Unilever did not see a pullback in spending and even raised sales guidance. Meanwhile, the likes of P&G, Best Buy and Walmart painted a much grimmer picture. In July, the S&P 500 Consumer Discretionary sector rose 16.3%, outperforming the wider index. However, the outlook might be less rosy than the market thinks. With inflation persisting, consumers are likely to divert spending from discretionary towards essentials, which will hurt margins. As summer comes to an end, leisure companies such as airlines, car rentals, hotels and restaurants will also see a slowdown. So far, the job market has been resilient, but signs of softening could further weigh on consumer demand. Against this backdrop, investors should identify idiosyncratic stories where companies have a unique advantage to retain customers and protect margins, as well as high operational efficiency to control costs.

U.S. consumer confidence rose with inflation during post-COVID re-opening, but as inflation persisted, CCI has trended down 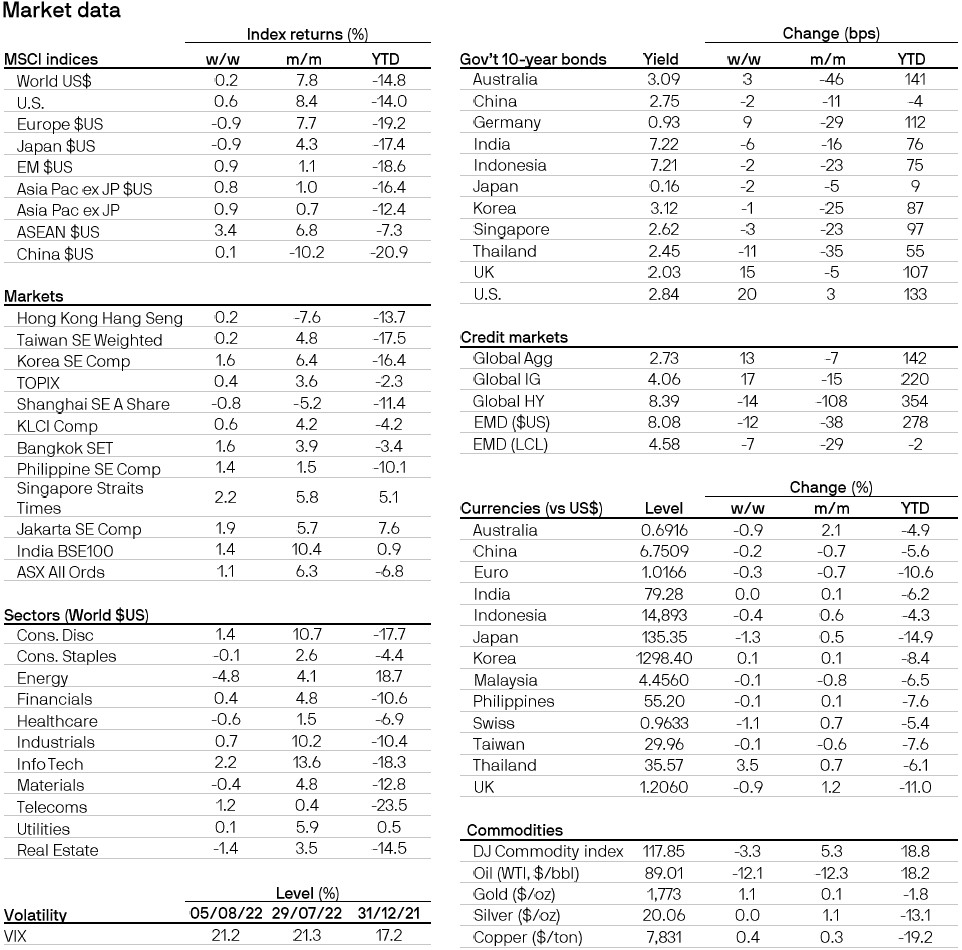