Has the Fed done enough?

The virus timetable could be extended further if we were to see a second wave or a pickup in infections. And therefore, the question that remains is, will the Federal Reserve do more if they need to, and what would that stimulus look like?

The U.S. Federal Reserve's (the Fed) response to COVID-19 is unprecedented. In a few short weeks, the Fed has slashed interest rates to zero, restarted asset purchases, begun directly lending to businesses and providing support to state and local municipalities. This week’s chart shows how the scale of recent Fed support dwarfs the response during the Financial Crisis. But still, given the severity of the economic impact of COVID-19, many investors may be wondering: has the Fed done enough?

While investors are hoping for a quick recovery, it is important to remember that we are operating off of the virus’ timetable, not humanity’s. If newly reopened economies begin to see infection rates rise, we will likely require further lockdowns to stop healthcare systems from being overwhelmed. Under this scenario, it is likely that the economic recovery will be sluggish until a vaccine is developed. If the Fed has not done enough given the projected length of economic malaise, what more could it do? Thankfully, there are a few remaining options.

Ultimately, the Fed’s next step will be dictated by the pathway of the virus. Despite the elevated uncertainty, there is one clear takeaway for investors: the frenzied hunt for income will become more challenging. The actions of global central banks will see bond yields stay lower for even longer, perhaps forever. During the next expansion, income-generating strategies will be more important than ever in helping clients meet their investment goals. 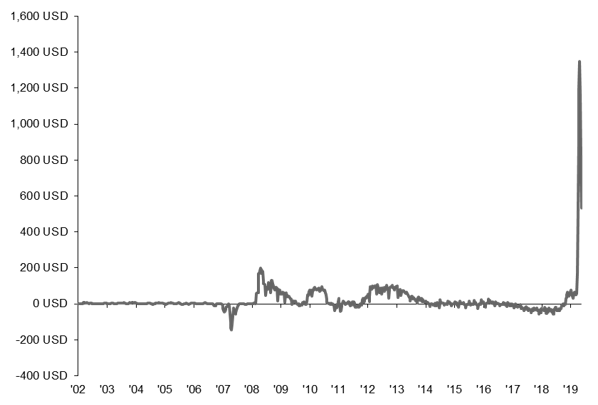