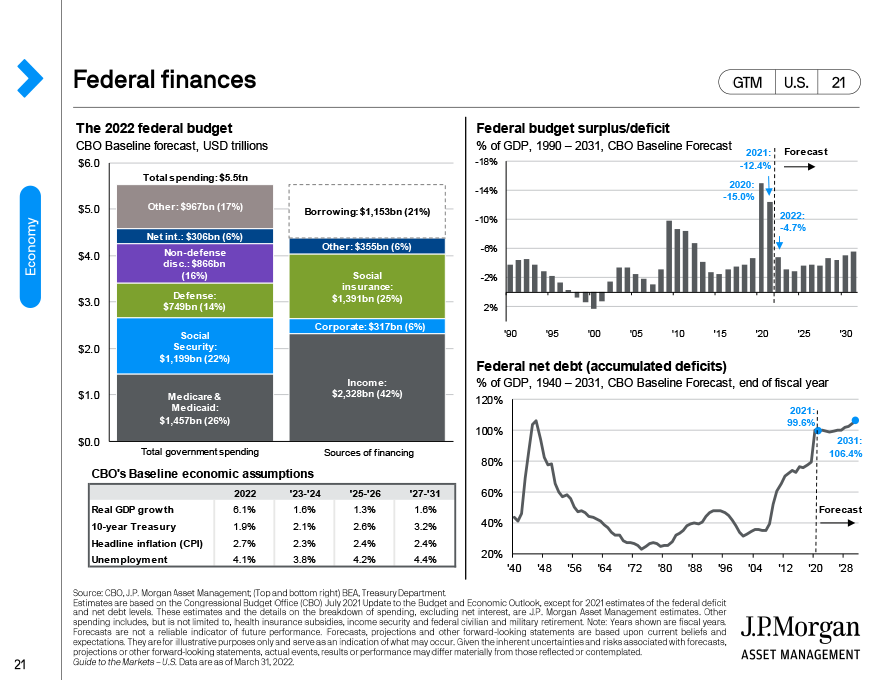 This page shows the recent history of U.S. federal government deficits and debt along with projections based on the CBO baseline. The left side of the page shows how much the government spends each year, highlighting the net interest paid on the debt. This chart also shows the sources of government revenue, and how much the government is forced to borrow to cover spending. The difference between Federal government spending and revenue is shown as the federal budget deficit on the top right, as a percent of GDP. It tracks the yearly budget deficit since the 1990s, while the chart below shows the federal net debt as a percentage of GDP, including the government’s own forecasts out to 2031. The assumptions about interest rates and the economy built into these projections are show in the table on the very bottom left.