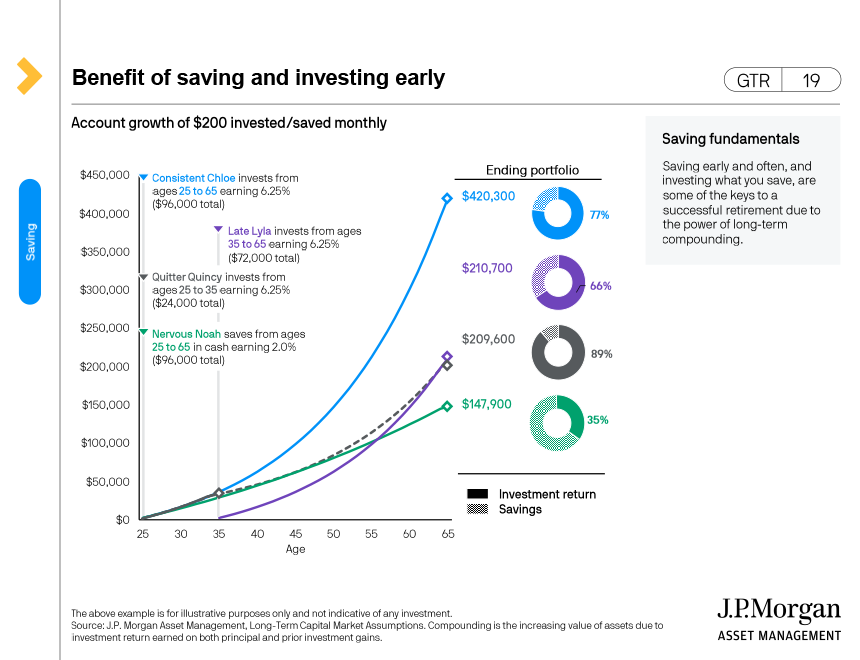 Benefit of saving and investing early

Saving and investing early and consistently over a long time is important to retirement success. This chart compares different retirement outcomes based on various saving and investing behaviors of four people who save the same amount per month but at different times in their lives, for different durations and with different investment choices. Consistent Chloe saves and invests consistently over time and reaches age 65 with more than double the amount of the other savers. Quitter Quincy starts early but stops after 10 years, just as Late Lyla starts saving. Despite saving one third as much as Lyla, the power of long-term compounding on money invested early helps Quincy accumulate almost the same level of wealth at retirement. Nervous Noah saves as much and as often as Chloe, but keeps his savings in cash rather than investing it. As a result, he accumulates about a third of Chloe’s final amount.