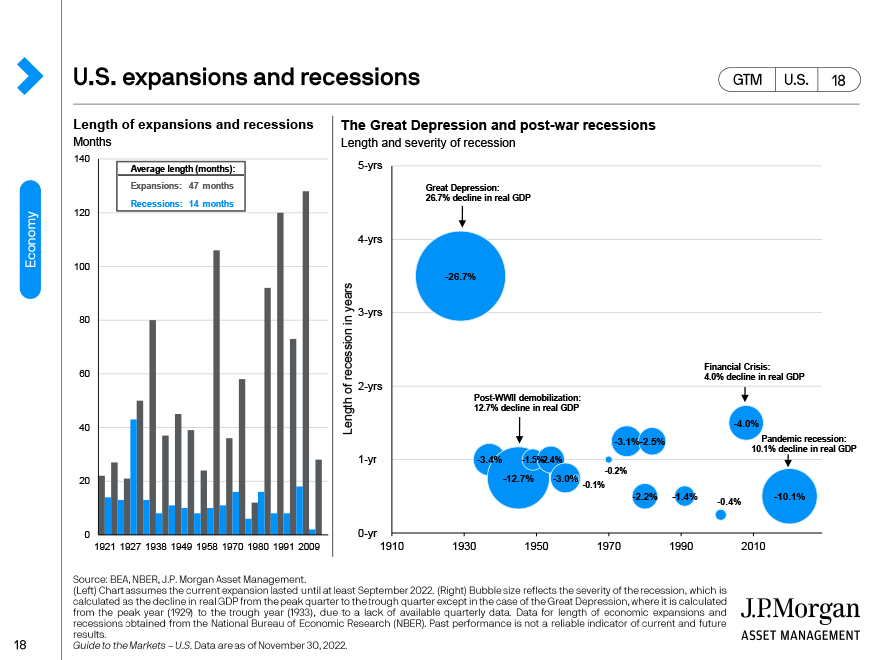 This slide helps to draw a historical comparison with every recession since the Great Depression. On the left-hand chart, we show the length of expansions and recessions in months. Recessions tend to be short-lived, averaging 14 months over the last century, where expansions are much longer, averaging 47 months. Recessions also aren't usually severe events for the economy. On the right-hand chart, we show the years in which a given recession occurred (x-axis), the length of that recession (y-axis), and its severity (size of bubble). The last two recessions saw the biggest GDP declines since the Great Depression, but most recessions are fairly mild.