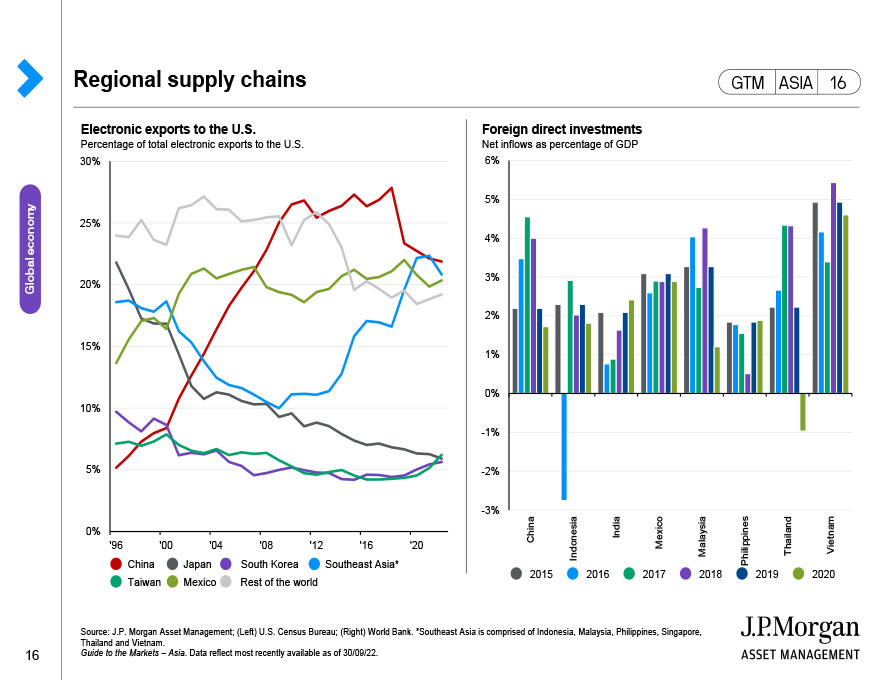 These charts look at the evolution of global supply chains. Taking the U.S. as a primary example in the left chart, we look at where the U.S. gets its electronic exports from. We can see that China saw a massive increase in share from the early 2000s, but in recent years this has dropped, while the proportion of items from Southeast Asia have started to rise. This could suggest that while China and its supply of goods exports are still important, we are starting to see some shift away from China as the most important source in supply chains. The right chart looks at foreign direct investment as a percentage of GDP across various countries. A number of Southeast Asian markets have seen increases in recent years, implying more countries are interested in investing and setting up new facilities in these countries, making them an important part of future supply chains and production.