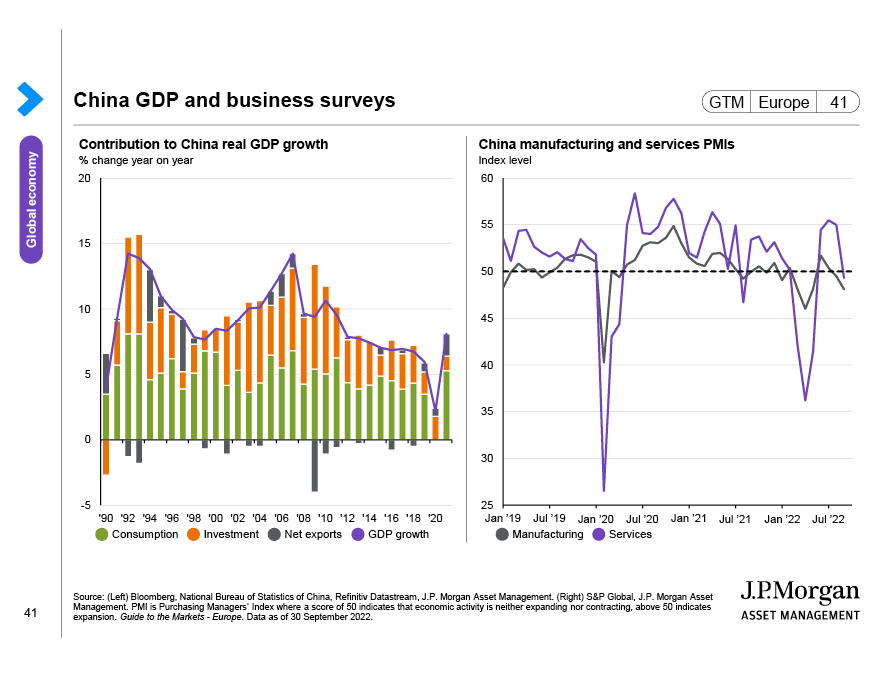 This page looks at the debt situation in China. The left-hand chart shows the development of total China debt since 2000. Although the chart shows debt broken down into government, households and non-financial corporates, the sectors of the economy in China are not as clearly defined as those in developed economies. For example a significant proportion of the increase in corporate debt in the past decade related to a government-driven expansion of the economy, focused on urbanisation. Very little of this fiscal expansion showed up in metrics of government debt which remain low. The right-hand chart looks at Chinese credit growth, shown as a proportion of nominal GDP, and compares it to equity market performance. Accelerating credit growth has often been followed by stronger equity market performance historically.