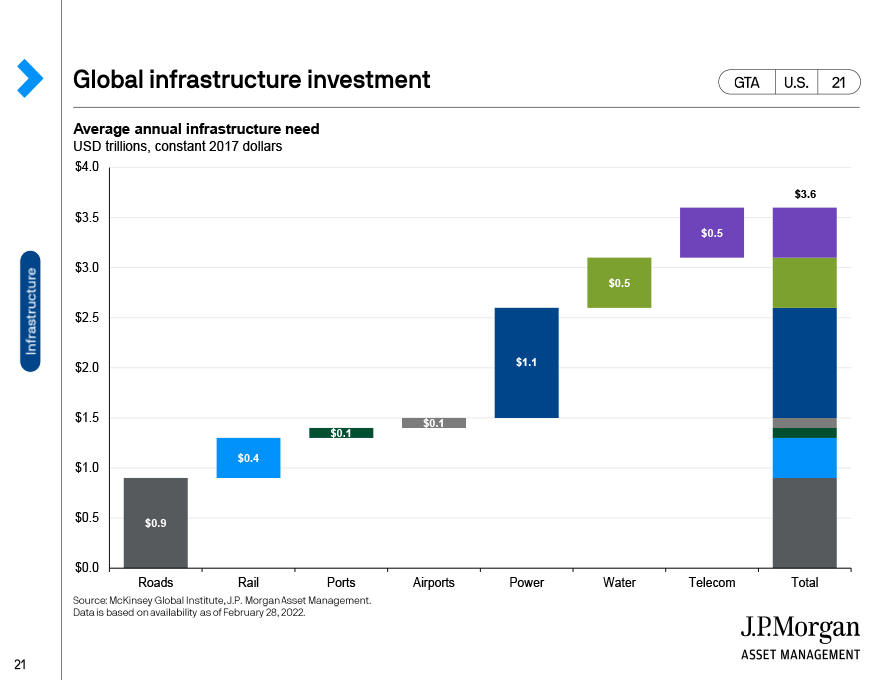 Each year, about $3.6 trillion dollars in infrastructure investment is needed globally to establish or upgrade roads, rails, bridges, airports and utilities, as shown in this chart.

However, one of the complaints coming out of the financial crisis was that there were no “shovel ready” projects – today this is certainly not the case. According to the American Society of Civil Engineers, state departments of transportation saw revenues plummet by 14% through June 2020 from a year prior, and the National League of Cities found 65% of cities are being forced to delay or completely cancel capital expenditures and infrastructure projects. Data compiled by the American Road & Transportation Builders Association shows at least $9 billion of construction work on transportation projects have already been shelved. There are hundreds of worthy projects in the pipeline across the country.