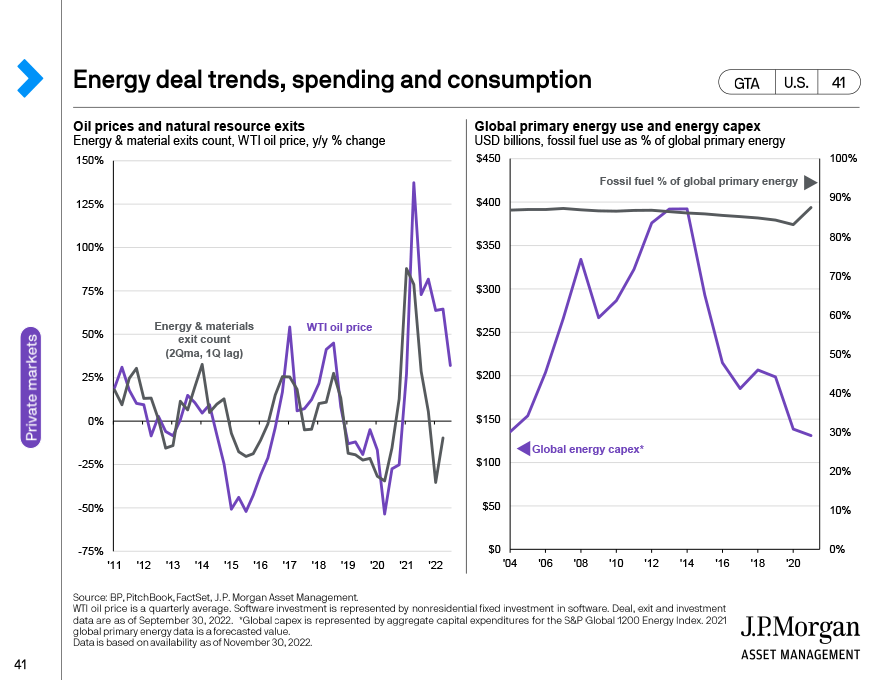 Private equity deal flow fluctuates with the business cycle. Not only do the number of deals increase as an economic expansion deepens, but the types of deals shift as well. As highlighted in the chart on the left, in 2022 thus far, 52% of deals were done in more cyclical sectors, including materials, resources, financial services, and business-to-business/consumer. 48% of deals were done in more secular sectors, like technology and health care. Cyclical deals tend to be the most dominant early to mid-cycle, while secular deals pick up as growth opportunities become scarcer. Purchase price multiples also get more stretched throughout the cycle, as shown in the chart on the right. This chart looks at the equity and debt portions, representing underlying enterprise value.

As of 1Q212 purchase price multiples have continued to rise, while B2B and Technology have made up the brunt of deals. Additionally, rising debt multiples suggest sponsors are now willing to take on more leverage, a reversal of what we saw in 2020.