What can the Chinese authorities do to protect growth from the outbreak?

At this point, Beijing’s top priority is still preventing the spread of Novel Coronavirus. That said, it will also need to start addressing the economic fallout soon, as businesses face significant pressure from disruption to consumption. Since manufacturers usually resume production after the 15th day of the new Lunar Year (February 8, Saturday), the extension of Chinese New Year (CNY) holiday to February 10 might not have much impacts on the manufacturing sectors. The accelerated production of medical supplies during these days might also help offset part of the negative impact. However, further extension on holiday or limitations on people movement could start to impact on industrial activities.

The “brick and mortar” service sectors, including restaurants, cinemas, education and shopping malls, are the worst hit by the lockdown measures imposed by the government. During 2019 CNY holidays (February 4 to 10), total retail sales (goods and restaurant) was RMB 1trillion; tourism income was RMB 513.9billion; and box office income was RMB 5.9billion. These items added up to about 7% of the RMB 21.8trillion nominal GDP in 1Q19.

So far the economic pressures are mostly on small and medium-sized enterprises (SMEs) in service sectors, which are facing depleting cash reserve, but rigid payments in salary, rental, interest and social security contributions. Therefore the current policy responses are focused on the short-term supports to SMEs' cash flows. Subsequently, more fiscal and monetary stimulus might be used to boost growth.

Some local governments, such as Suzhou, are organizing local resources to support SMEs within their authority. The idea is to share the SMEs’ burden across different sectors. Key measures include: 1) urge local branches of commercial banks to roll over loans to SMEs and reduce borrowing costs; 2) state-owned property owners will exempt rental for one month, and cut rental by half for another month; 3) exempt property tax and land usage tax, and extend tax payment for SMEs in difficulties. Given the authority of local governments, these measures might not provide sufficient relief, so the central government should step in and escalate its previous stimulus.

At the central level, on the People’s Bank of China (PBoC) took the lead to cut interest rate for reverse repo by 10 bps on February 3. This is a key move to help banks lower their lending rates. We expect further cuts to medium-term lending facility rates, followed by cuts to loan prime rates by banks, in coming weeks. However, the liquidity injection by PBoC on February 3 seemed not enough to relieve investors anxiety. Although RMB 1.2trillion reverse repo was conducted today, the net injection was only RMB 150billion. The regulators' window guidance to restrict stock sales further exacerbates the shortage of liquidity in the market. As a result, the interbank market repo rate edged up. Therefore another reserve requirement ratio (RRR) cut is also expected to further bring down financing costs. 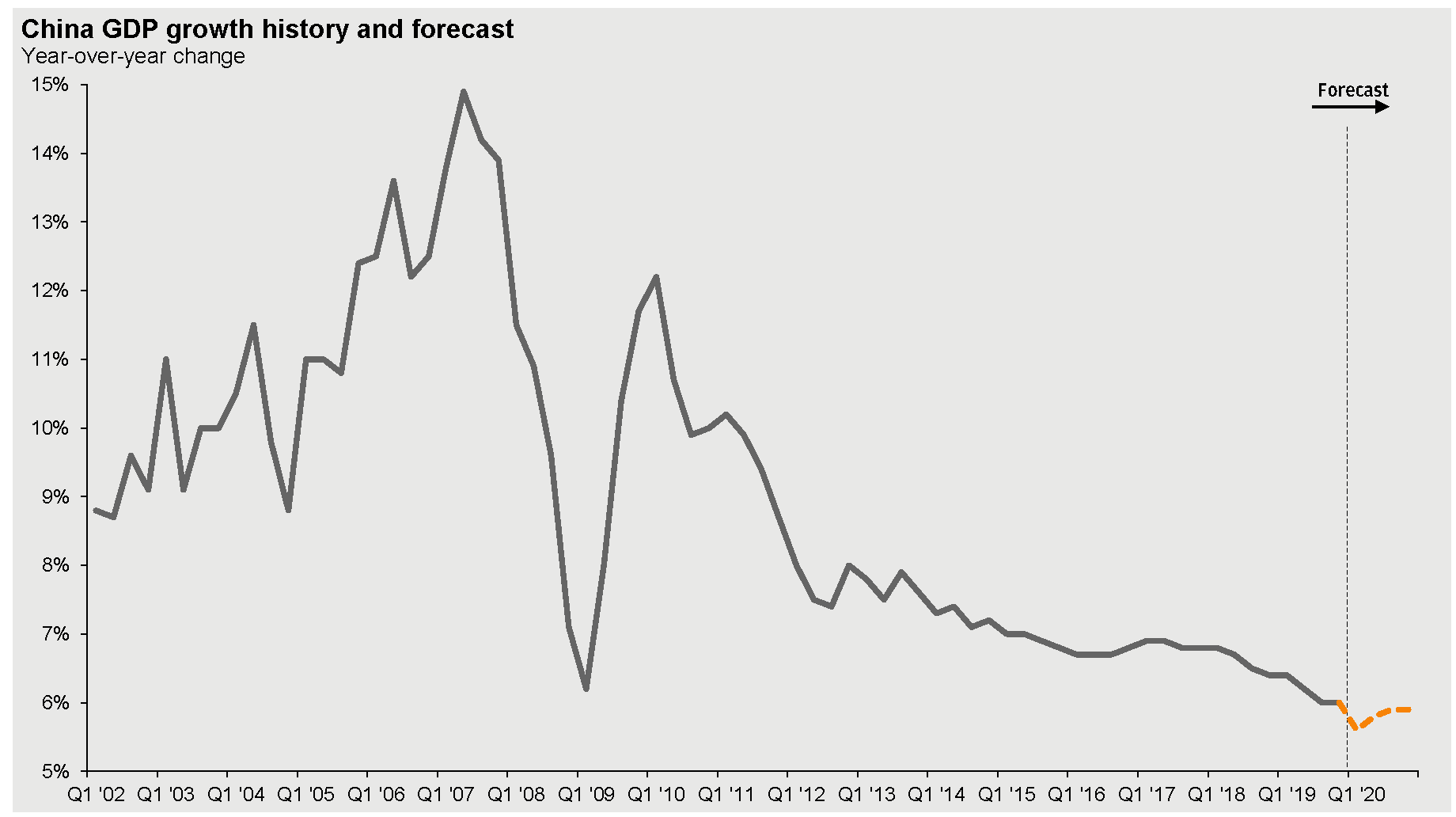 Uncertainties to monetary policies lie in the government's attitude to the property market. If the government still hopes to curb the property price bubble, the PBoC might rely more on targeted liquidity injection. It might use SME loans as a criteria to determine the amount of re-lending supports or RRR adopted to specific banks. On the other hand, if the central government decides to loosen property market control, we might see a large-scale across-the-board liquidity injection.

In terms of fiscal policies, the central government should take the major responsibility this time, given the centralized tax revenue and local governments’ high debt leverage. So far we have not seen affirmative tax reduction measures, but it is widely anticipated that the collection of value-added tax (VAT) and social security contribution, and annual corporate tax clearance will be delayed. To boost economic growth for the rest of this year, the government might introduce further favorable VAT and corporate tax treatments to SMEs. Since the central government's leverage ratio (debt to GDP) is below 17%, there is large room to issue special treasury bonds to cover the fiscal deficit caused by tax reduction.

Investors are likely to focus on the near term economic impact from the outbreak and extrapolate corporate earnings. It is important to recognize that the Chinese authorities have resources at its disposal to partially offset the negative economic impact. This could help to facilitate the recovery in economic activities once the number of new cases plateau.

Overall, this would imply Chinese equities could still come under pressure in the near term as new confirmed cases continue to rise. This would call for Asian investors to stay diversified both in terms of geography and invested in a broad range of asset classes. This is where global fixed income has been able to provide some protection to investors in recent weeks. Despite the widening of credit spreads, decline in risk free rates have generated positive return to investors. Long-term investors should watch out for signals of the outbreak stabilizing and refocus on long-term structural growth trends in China and across Asia.