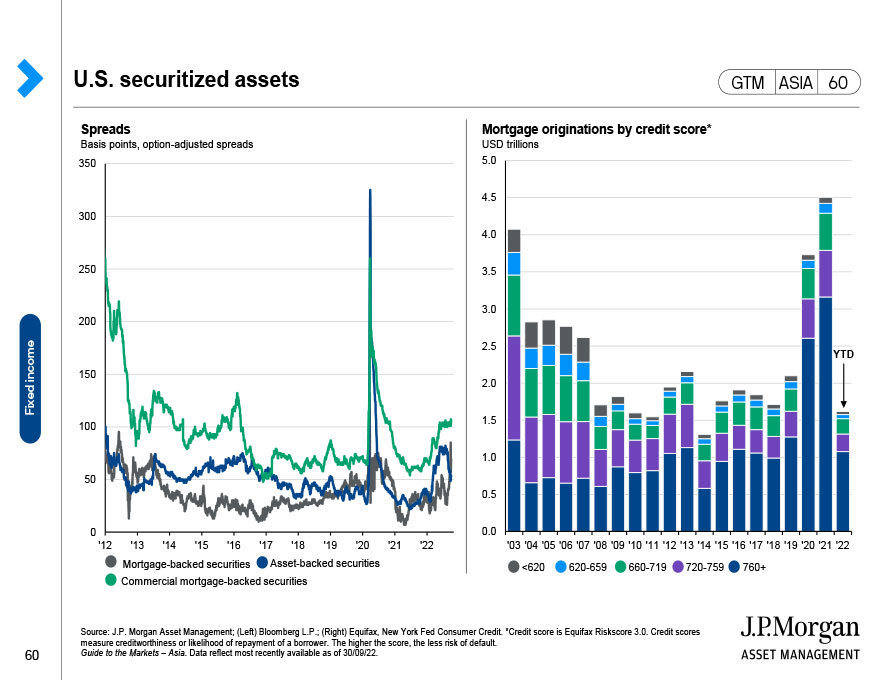 The chart on the left looks at the spreads in the securitized asset market. Wider, or higher, spreads indicate market perception of increased credit risk. While spreads have widened, they are still at reasonable levels compared to previous episodes of slowing economic growth. The chart on right looks at the mortgage originations in the U.S. by credit ratings. The chart shows the that majority of mortgage originations are of higher credit ratings compared to the 2000s.