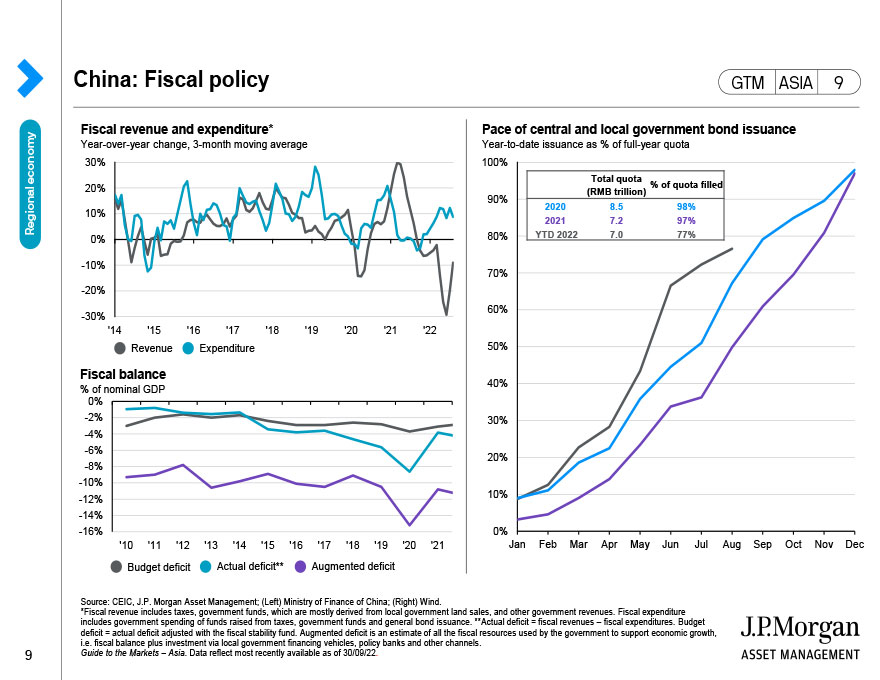 On the left, the blue and grey lines show the year-over-year growth of government revenue and expenditure respectively. The Chinese government typically step up spending during periods of slower economic growth. While its revenue growth has been broadly in line with economic growth, there were moments when revenue was pared back to provide additional support to the economy via tax cuts or suspension of government fees and charges.

On the right, the bar chart shows the bond issuance by central and local governments. Local governments have only started to issue bonds in recent years to finance their spending, so the overall scale of issuance is still smaller than the central government. However, local governments are allowed to issue special bonds to fund special projects or to support their local economies during an economic slowdown.