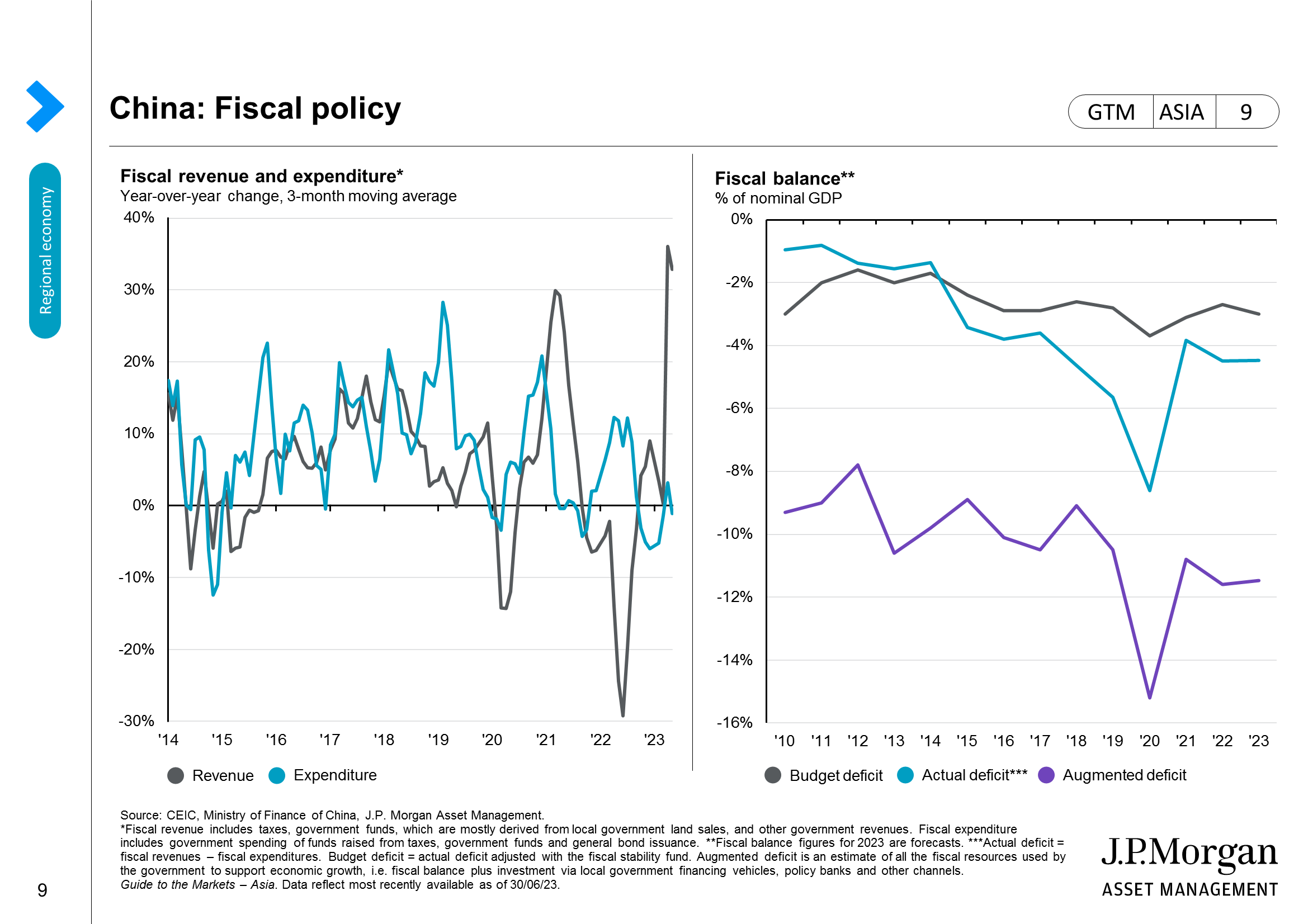 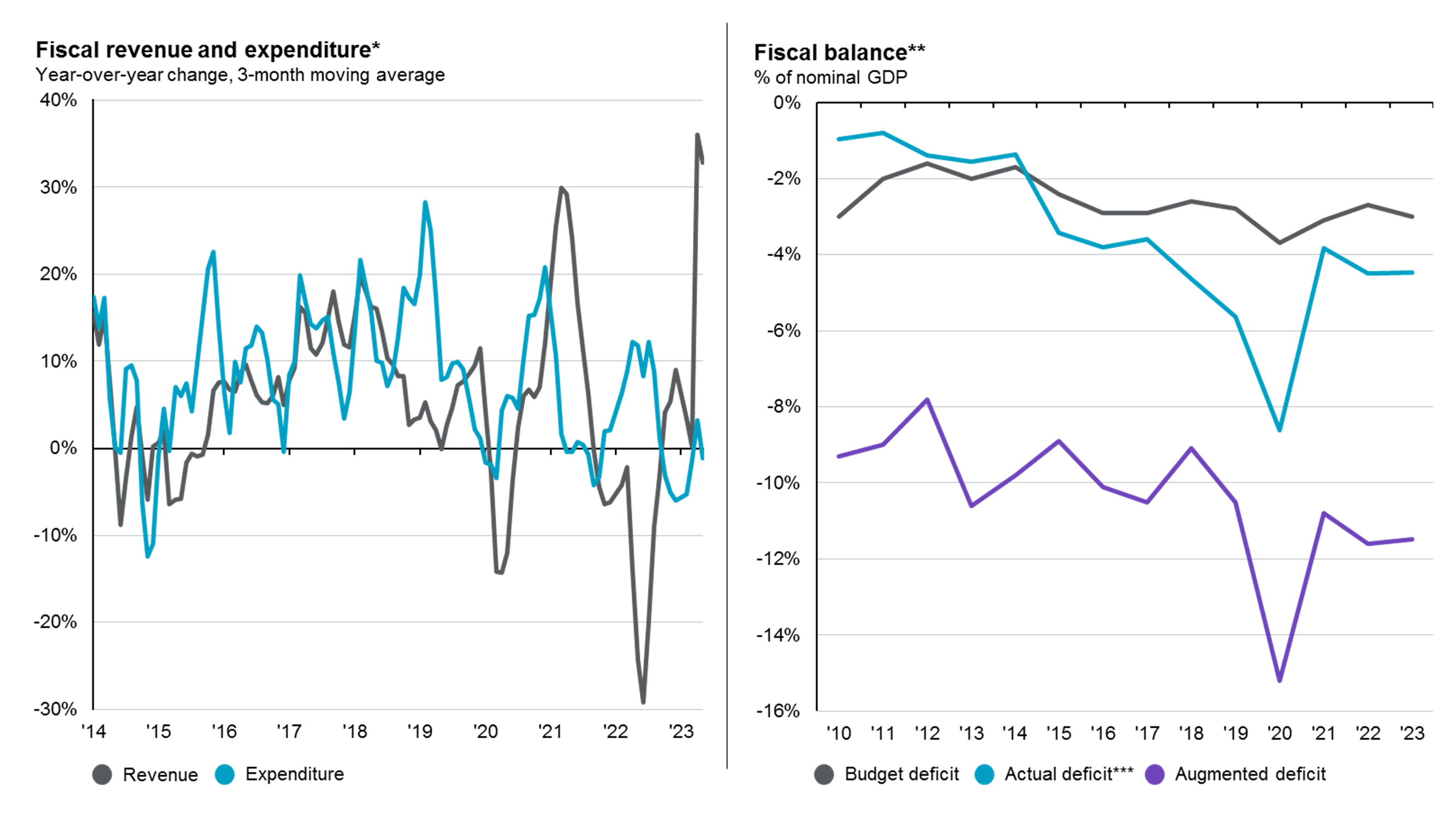 On the top-left, the blue and grey lines show the year-over-year growth of government fiscal revenue and expenditure respectively. The Chinese government typically steps up spending during periods of slower economic growth. While its revenue growth has been broadly in line with economic growth, there were moments when revenue was pared back to provide additional support to the economy via tax cuts or suspension of government fees and charges. On the bottom-left, actual deficit equals to fiscal revenues minus fiscal expenditures (as shown in top left chart). Budget deficit is the actual deficit adjusted with the fiscal stability fund. Augmented deficit is an estimate of all the fiscal resources used by the government to support economic growth, i.e. fiscal balance plus investment via local government financing vehicles, policy banks and other channels. In this year, although pressures from COVID on the economy keep rising, Chinese governments will likely remain cautious in expanding these deficits.

On the right, the chart shows a comparison of recent year's pace of bond issuance by the government, as a percentage share of the year's quota. How fast this picks up over the year can tell us whether the government is interested in pushing up growth through more borrowing and bond issuance, or whether they want to slow things down and spend less by having less bond issuance.