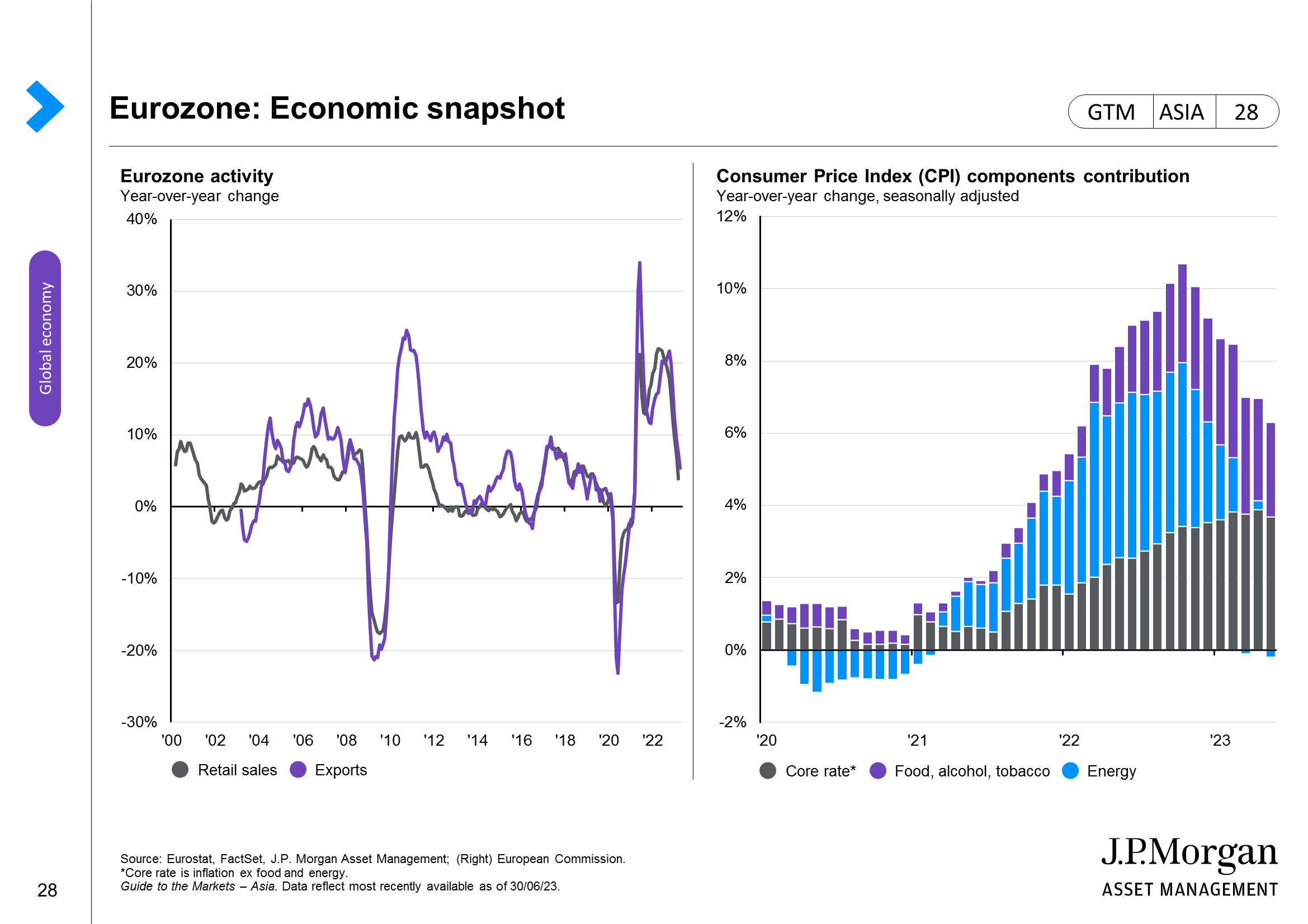 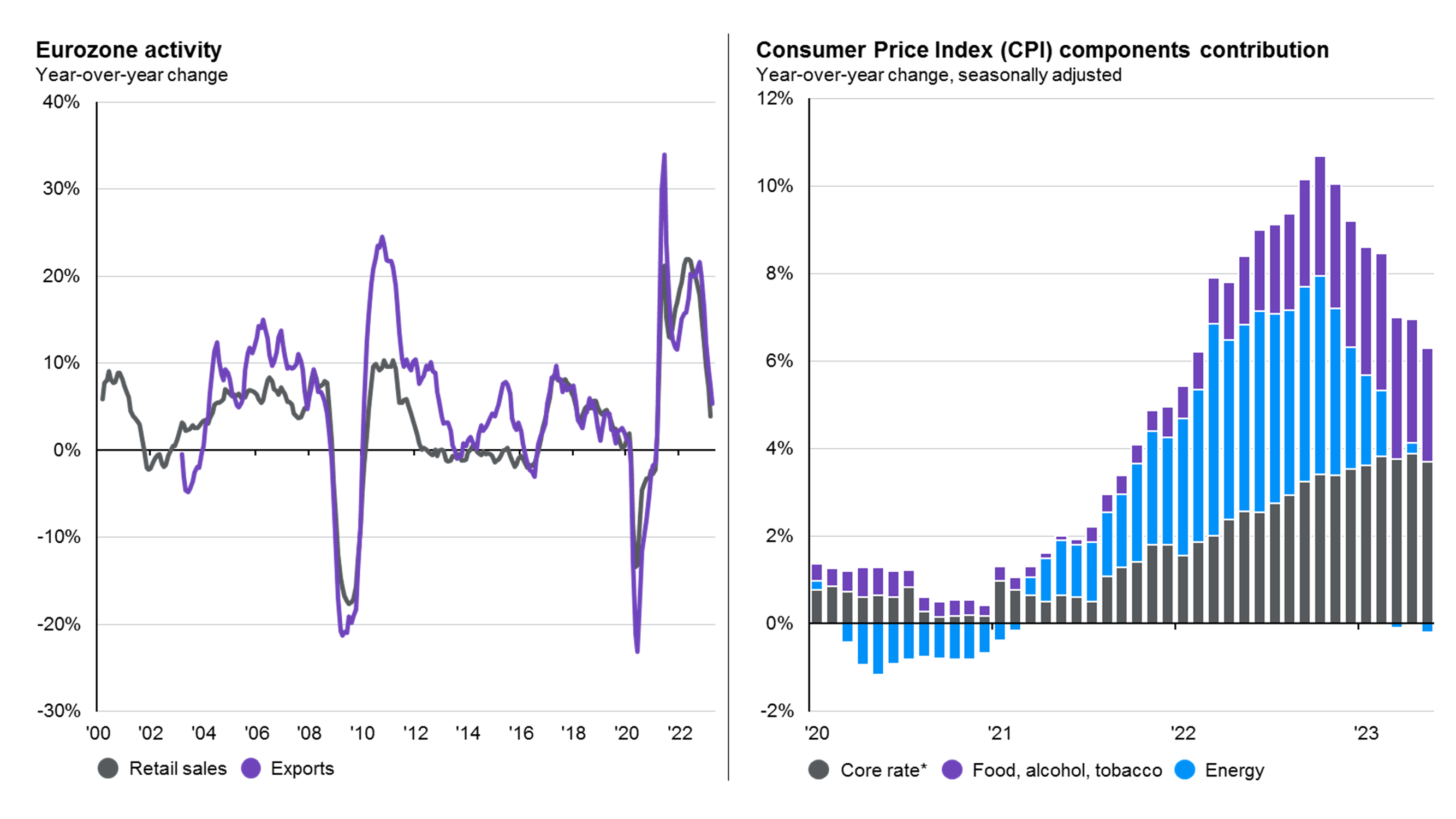 The left chart shows the headline and core Personal Consumption Expenditure (PCE) deflator, which is the Federal Reserve's (Fed's) preferred measure of inflation. The core PCE deflator removes some of the more volatile components, such as food and energy prices. The Fed has also revised its inflation target from 2% headline PCE inflation to an average of 2% over an unspecified amount of time. The right shows some select components of Consumer Price Index that have driven the change in inflation. Using this we can see where the major changes are coming from and whether they could be persistent long-term contributors based on what could be causing this price behavior.