For most people in Hong Kong, a question that comes to mind about retirement is “do I have enough money to retire?”.

Findings from a recent J.P. Morgan Asset Management survey1 revealed that people of different generations have varying levels of expectations.

Simply put, Hong Kong’s millennials are planning to retire earlier, but think lower savings would be sufficient to fund their retirement lifestyles.

And younger people in the city are expected to have an even longer lifespan, which means their smaller retirement nest egg would need to be stretched over a longer retired life, exposing them to higher risk of outliving their savings.

“Do I have enough money to retire?”

Taking into account the impact of inflation, and assuming that a retiree stays invested after retirement4, stretching HK$3.6 million across 30 years would equate to a monthly spending budget of HK$12,700. But this could decline to HK$6,600 a month if the retiree stops investing5.

By comparison, census data6 showed an average retired couple in Hong Kong could generally spend a total HK$20,000 a month. This average is likely higher today as the data available was dated 2014-2015.

For the younger population, there appears to be a gap in expectations and reality on their funding needs for retirement. 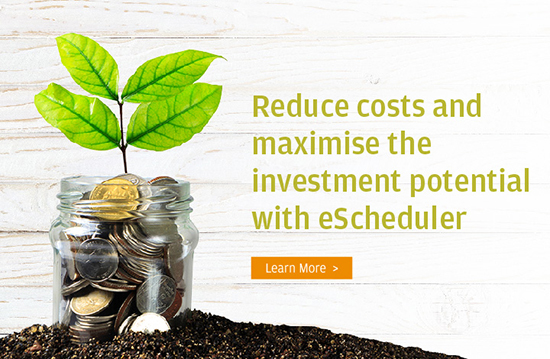 As the younger generation may have less realistic expectations on retirement needs, only half of the younger respondents have started saving for retirement beyond the Mandatory Provident Fund or the Occupational Retirement Schemes Ordinance programmes, our survey found.

Meanwhile, as the older generation approaches retirement, they may gain a more realistic idea about what their life in retirement would entail as 95% of the older respondents stated are already saving.

For younger workers in Hong Kong, there appears to be a gap in expectations and reality on their funding needs for retirement. But time is on their side and they could optimise the power of compounding.

1. Source: J.P. Morgan Asset Management’s Hong Kong Retirement Readiness Survey, December 2019. Sample sizes for this survey were 514 retail investors aged between 30 and 60 who have at least five years of continuous investment experience with liquid assets in excess of HK$200,000. The survey was conducted in October 2019.
2. Diversification does not guarantee investment return and does not eliminate the risk of loss.
3. Source: “World Population Prospects: The 2019 Revision”, United Nations, Department of Economic and Social Affairs, Population Division, 2019.
4. Source: J.P. Morgan Asset Management. Data as of January 2020. Model assumptions: post-retirement investment return rate of 4.5%; cash return rate of zero and inflation rate of 2.7%. Forward-looking inflation average estimated utilises Hong Kong’s Consumer Price Index from 2004 to 2018. This chart is for illustrative purposes only and must not be used, or relied upon, to make investment decisions. Allocations, assumptions and expected returns are not meant to represent J.P. Morgan Asset Management performance. Given the complex risk/reward trade-offs involved, we advise clients to rely on judgment as well as quantitative optimisation approaches in setting strategic allocations. References to future returns for either asset allocation strategies or asset classes are not promises or even estimates of actual returns a client portfolio may achieve. Currency in Hong Kong dollars.
5. For illustrative purposes only based on current market conditions, subject to change from time to time. Not all investments are suitable for all investors. Exact allocation of portfolio depends on each individual’s circumstance and market conditions.
6. Source: 2014/15 Household Expenditure Survey, Census and Statistics Department, Government of the Hong Kong Special Administrative Region.

Are you striving to live a fruitful and prosperous life? Read about our three long-term investing principles.