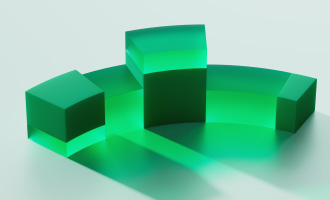 Rising rate environments can challenge even the most sophisticated fixed income investor. Considering the current market juncture and its potential impact on liquidity management and fixed income portfolios, we believe analyzing historical rising rate periods can provide a valuable perspective to investors. We make these key observations:

This paper examines the risks of – and opportunities in – rising rates. We explore prior rising rate periods, using indexes as proxies to illustrate how various fixed income strategies performed and outline strategies and solutions to better insulate a short-term fixed income portfolio in a rising rate environment.

Investors anticipating a reduction of monetary stimulus may benefit from a review of the four major periods of monetary tightening and rising interest rates that occurred over the last 30 years, as the direction of interest rates is a critical determinant of the performance of fixed income securities. As rates fall and rise in cycles, bond markets can turn from boom to bust, creating or hurting investment value in a sometimes unpredictable fashion. When interest rates fall, previously issued fixed-coupon securities will typically increase in market value. When rates are rising, those same securities will decrease in value.

All four rising rate periods saw both U.S. Federal Reserve target rate (fed funds) and U.S. Treasury (UST) yields increase. In periods 2 and 3, the markets were able to anticipate and price in the tightening of monetary policy before the fed funds target rate moved. This is evidenced in the rise of UST yields roughly nine and 12 months prior to monetary policy tightening in each respective period. The 1994 tightening caught markets off guard, as both the fed funds target rate and UST yields began to move higher at about the same time. And, in period 4, the low-growth, low-inflation environment led the U.S. Federal Reserve (the Fed) to start the cycle extremely slowly with only one hike per year in 2015 and 2016, muting initial yield changes on term Treasuries, before speeding up the pace in subsequent years, causing yields to rise further out on the yield curve (Exhibit 1).

While the precise start and end points of a rising rate period may be open to debate, we define the start as the point at which 10-year UST yields begin to rise, and the end when the Fed stops increasing the fed funds target rate.

The following table details key characteristics to consider when analyzing the four periods in focus:

Since the end of the last rising rate period, the level of rapid monetary and fiscal stimulus implemented (in response to the pandemic) has been unprecedented, likely leading to a faster recovery of the economy to full employment and much higher, and more persistent, inflation than originally anticipated.

Although history provides no clear example of how such extraordinary stimulus might be unwound, the Fed has indicated that rate hikes and tighter monetary policy will be needed to control inflation. Expectations are for the Fed to start this process with hikes starting in March 2022, followed by several more increases during the calendar year and beyond, with the speed and size dependent on the strength and evolution of the economic data over time.

Now that we’ve defined the past four rising rate periods, we can make several observations on how various fixed income strategies performed during those times.

KEY RISKS TO CONSIDER IN A RISING RATE PERIOD

Though some investors may choose to simply exit the asset class when rates rise, there are strong arguments for maintaining a core allocation to fixed income. In most interest rate environments, fixed income provides diversification, a steady stream of income and a lower volatility investment over time. Additionally, fixed income portfolios with longer durations have provided higher returns, albeit with greater volatility, over longer time horizons.

There are a number of strategies for investors with shorter investment horizons (especially those with potential near-term cash needs) or those seeking to preserve profits realized from longer-duration strategies, mitigating potential volatility and lower returns during the anticipated rising rate environment:

Unprecedented actions by the Fed over the last few years have left interest rates well below historical averages. As key economic metrics (such as employment) improve and even run hot (for example, inflation), indications are that the Fed will likely begin hiking rates soon and at a swift pace.

While history may provide clues, it is impossible to predict with certainty what the unwinding of such extraordinary monetary stimulus may look like. The only certainty is that when rates do rise, market values of portfolios of existing fixed coupon bonds will be negatively affected.

As this paper has demonstrated, using historical analysis, investors who seek liquid portfolios with limited exposure to the negative impacts of rising rates should find an effective solution in shorter-duration, higher-income strategies.