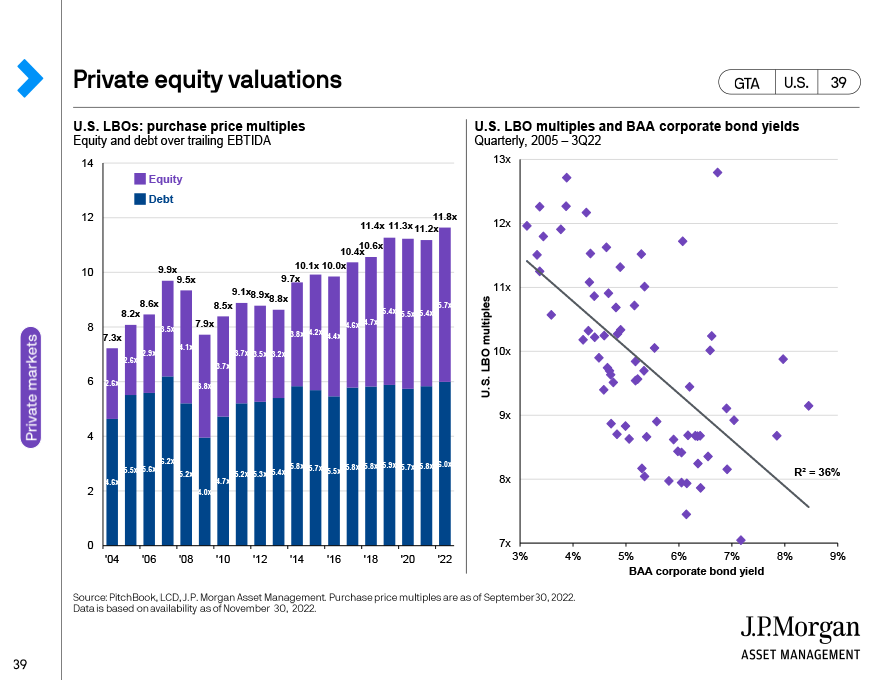 Private equity deal flow fluctuates with the business cycle. Not only do the number of deals increase as an economic expansion deepens, but the types of deals shift as well. As highlighted in the chart on the left, in 2022 thus far, 58% of deals were done in more cyclical sectors, including materials, resources, financial services, and business-to-business/consumer. 42% of deals were done in more secular sectors, like technology and health care. Cyclical deals tend to be the most dominant early to mid-cycle, while secular deals pick up as growth opportunities become scarcer.
The right chart shows the most common exit strategies: secondary buyouts, in which another sponsor purchases the target company; IPOs, in which the target company goes from private to public; and corporate acquisitions, in which another company purchases the target company. Recessionary and post-recessionary periods tend to be a suboptimal time to crystalize the most gains through an exit. However, as the cycle progresses, exits pick up, with corporate acquisitions being one of the most popular routes.