Volatility may stay elevated for a bit longer, as investors look for confirmation that the new equilibrium between Russia and the West does not involve a disruption to commodity supply. 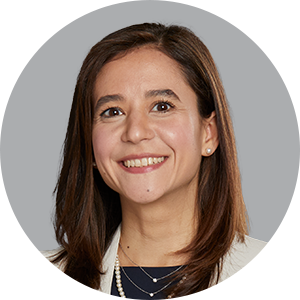 Geopolitical tensions involving Russia and Ukraine have been a source of market volatility, especially since February 11th when President Biden warned there was a “very distinct possibility” of a coming Russian invasion of Ukraine. Since then, risk assets have underperformed safe havens and commodities. Going forward, market direction will depend on what happens with energy and broader commodity prices, which in turn will depend on the scale of economic sanctions imposed by the West in response to Russia’s invasion of Ukraine, as well as the Russian counter-response to them. While the exposure of global markets and companies to Russia and Ukraine themselves is very small, Russia is a large producer of key commodities, which would impact the outlook for global inflation and economic and earnings growth. The impact of higher commodity prices will be softened by the strong starting position of consumer and business balance sheets, as well as the lower energy intensity of the economy versus the ‘70s. Until more visibility on a new equilibrium between Russia and West emerges, markets may remain volatile. Looking further out, geopolitical tensions tend to have a short-lived effect on markets, but they are a useful reminder to ensure portfolios have sufficient “seat belts” along the way. A more long-lasting consideration for investors will remain the rise in interest rates, keeping valuation imbalances and interest rate risk the most important portfolio considerations.

Where do commodity prices go from here?

On February 24th, Russia launched an invasion of Ukraine from multiple sides. First and foremost, the human impact of such an event should not be dismissed. From purely a markets’ perspective, the key question is where commodity prices go from here, as it would impact the outlook for global inflation and economic growth over the next few months. Critically, this will be determined by the scale of economic sanctions imposed by the West on Russia – and the Russian counter response to them, especially involving its supply of commodities.

Where does the global economy go from here?

So far, the rise in commodities and the tightening of financial conditions would be insufficient to derail this year’s expected above trend global economic and earnings growth given the underlying health of global consumer and corporate balance sheets and the building momentum post-Omicron wave. In addition, negative economic impacts would be softened given the economy’s lower energy intensity today versus 60 years ago, with food and energy making up 12% of total U.S. consumer spending versus 25% previously.

However, this year’s rise of 23% in Brent prices and 92% in European natural gas will delay the peak in global inflation by a few months, which combined with potential negative impact of the headlines themselves on confidence, could take some shine off consumption and corporate investment in the short-term (especially in Europe and commodity importing Asian countries). For central banks, the impact on inflation and economic growth so far looks insufficient to derail plans to withdraw liquidity this year, but it may slow it down a bit, with the Fed choosing to hike 25bps instead of 50 bps in March and the ECB delaying the timing of its first rate hike.

Where do markets go from here?

The epicenter will continue to be Russian markets, including equities, sovereign and corporate debt, and the Russian Ruble. For other markets, volatility may stay elevated for a bit longer, as investors look for confirmation that the new equilibrium between Russia and the West does not involve a disruption to commodity supply. Historically, geopolitical events have only had a short-lived effect on markets. As shown, since 1973, we have seen 12 meaningful events, with the average sell-off lasting 12 trading days, with the S&P 500 falling 6.5%, and taking 137 trading days to recover to its prior level (16 trading days if 1973’s Israel Arab war/oil embargo is excluded). However, these moments are useful reminders to check-in on whether portfolios have sufficient diversifiers, such as core bonds, real assets, and options. Exposure to energy companies and energy producing regions (excluding Russia) could be a useful hedge. Zooming out, this geopolitical event may fade in its market impact over time, leaving the most lasting consideration for investors the continued rise in interest rates. Valuations will continue to matter, highlighting the importance to rebalance portfolios from expensive areas of the market to more discounted ones. In addition, fixed income remains in the danger zone, with interest rate risk key to take into account. Structurally, this experience may lead to a global lazer focus on ensuring a quicker energy transition, keeping investment (and opportunity) in the renewable energy complex high.

Source: Deutsche Bank, Refinitiv Datastream, Standard & Poor’s, J.P. Morgan Asset Management. Past performance is not a reliable indicator of current and future results. Data are as of 23 February 2022.