How aggressive will the Federal Reserve (Fed) tighten monetary policy? 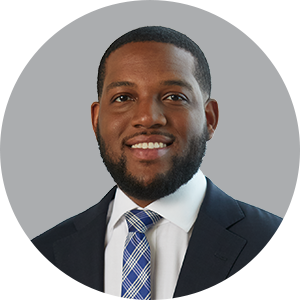 At its May meeting, the Federal Open Market Committee (FOMC) voted to raise the Federal funds target rate range by 0.50% to 0.75%-1.00% and signaled similar 50 basis point rate increases would be on the table for the next couple of meetings. Notably, Chairman Powell ruled out the possibility for a larger 75 basis point increase, which may have comforted investors fearful the committee would be overly aggressive in tightening policy. In addition, the committee also announced an end to quantitative easing, and will begin to reduce the size of its balance sheet beginning next month.

Interestingly, it’s not just inflation the Fed’s concerned about, but also labor demand. As highlighted, job openings climbed to 11.5 million in March, while the number of unemployed persons now stands at 5.9 million, implying that there are nearly twice (1.9x) as many vacancies as there are Americans looking for a job. The Fed feels comfortable raising rates to at least neutral rather quickly so that supply/demand in the labor market is more balanced next year.

To be clear, we expect 0.50% increases at the June and July meeting, and for further 0.25% increases thereafter, suggesting a year end Fed funds target range of 2.50-2.75%. Moreover, further increases next year are likely given it will take time for inflation to come down and labor demand to moderate. That said, while the Fed believes it can orchestrate a “soft-landing”, the committee is essentially using a hammer for a procedure that requires a scalpel. Monetary policy is a fairly blunt tool with long and variable lags and the aggressive tightening outlined today, still run the risk of tipping the economy into recession in 2023. Source: Bureau of Labor Statistics, Haver, J.P. Morgan Asset Management. Data are as of May 4, 2022.