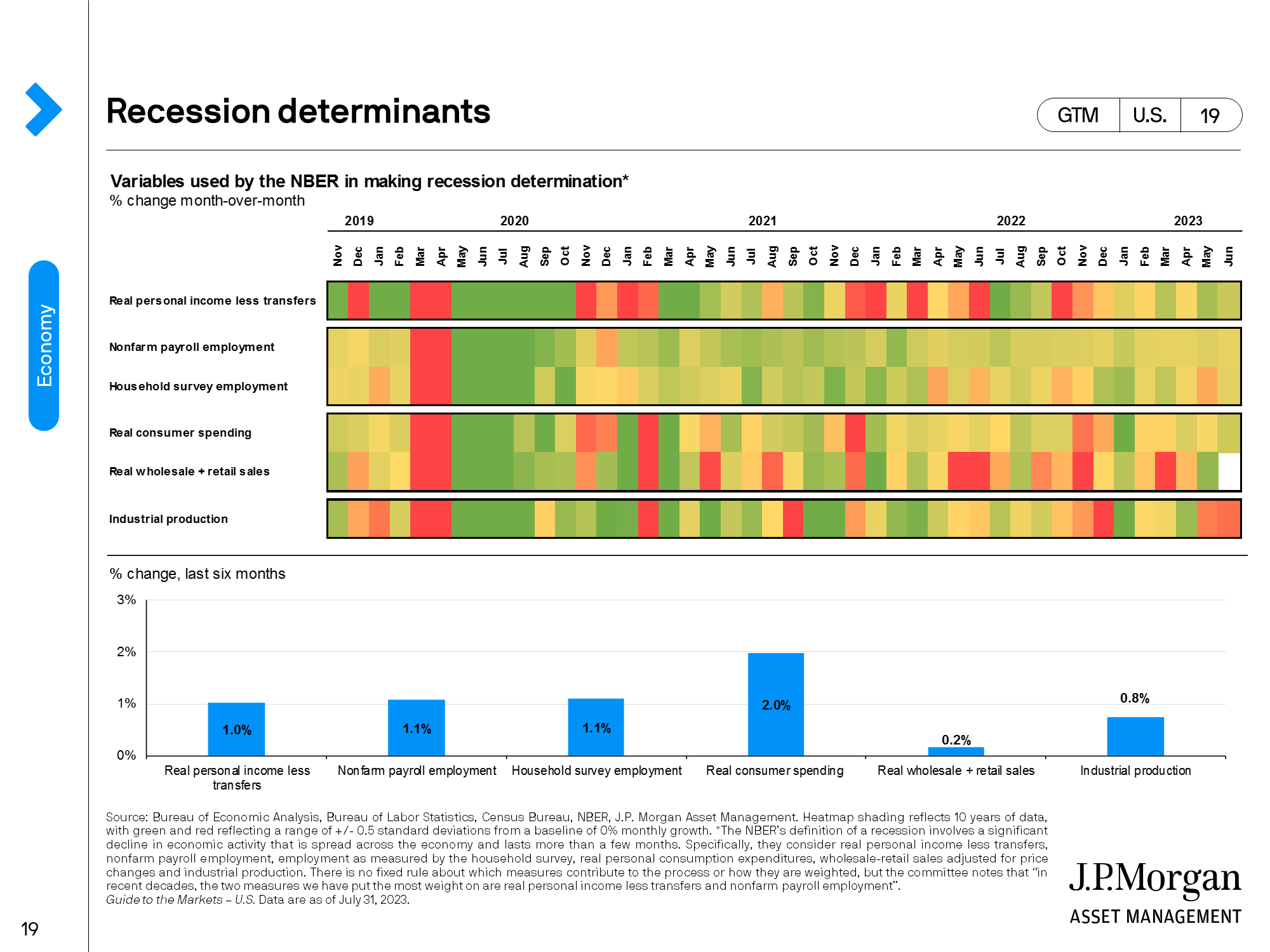 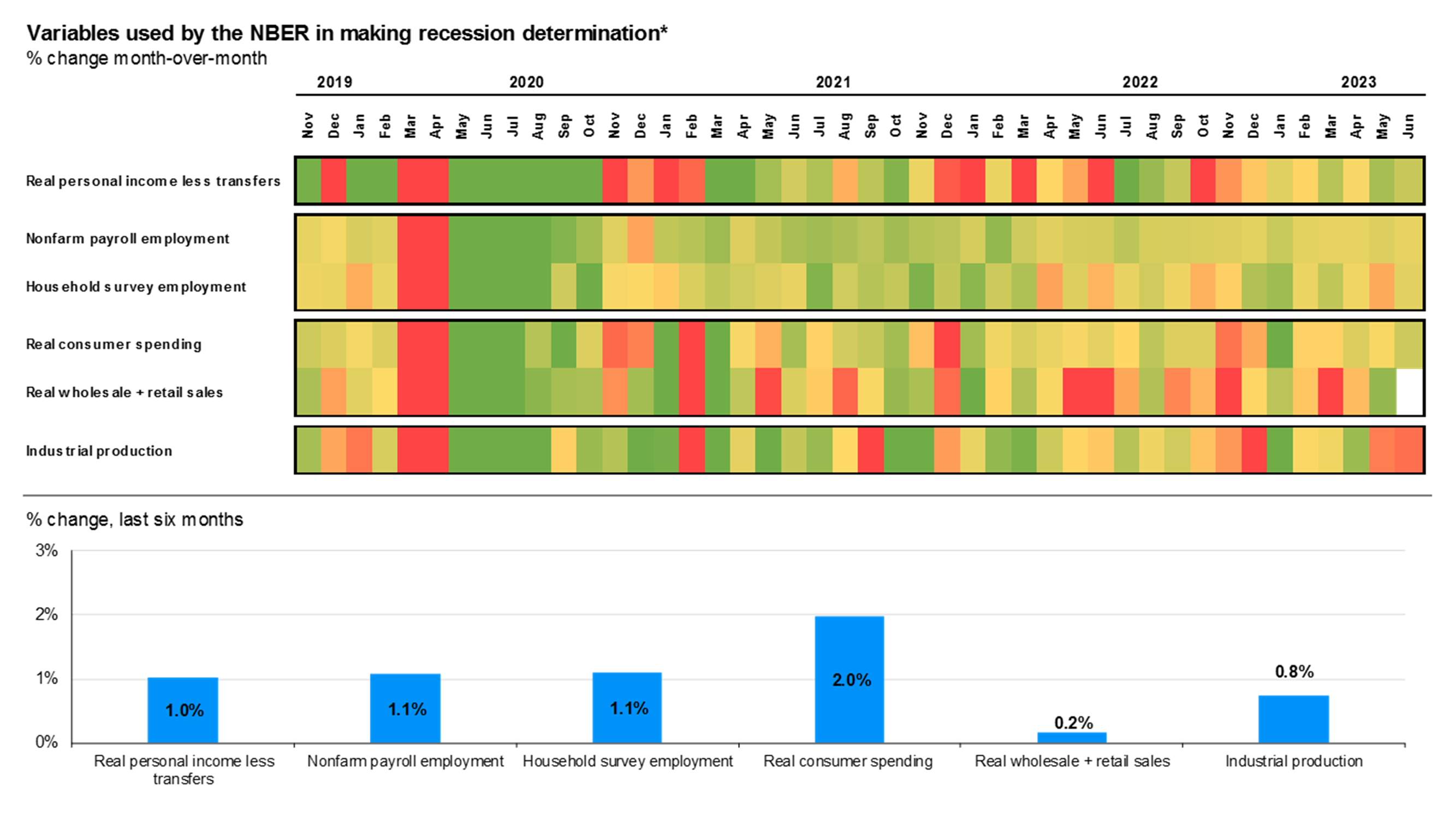 As economic growth slows and the Fed continues on its hawkish path of monetary tightening, the likelihood that the U.S. economy slips into a recession in the near-term has risen. A common back-of-the-envelope definition of a recession is two consecutive quarters of GDP growth. However, the unofficial scorekeeper of when recessions start and end is the National Bureau of Economic Research (the NBER), and they look for a broad-based decline in a variety of economic indicators to make their determination. On this slide we show a heatmap of the economic variables the NBER has listed in their methodology on a monthly basis going back to 2019. Green means that these variables grew month-over-month and red means that they fell. The shading or boldness of the color illustrates how strong the gain or loss was relative to history. On the bottom, we show the percent change over the last 6 months in each of these variables. While it doesn’t look like the economy is currently in a recession, monitoring this basket of economic indicators will give us a good gauge for when the economy enters into one.