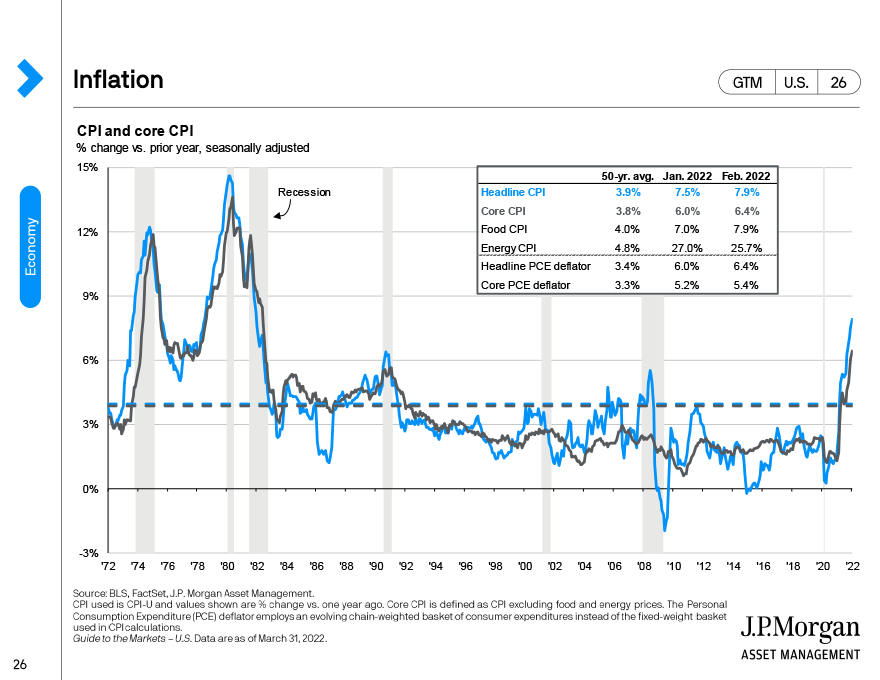 This page delves into the drivers of long-term economic growth. The top left shows the growth in the working age civilian population in the U.S. over the previous six decades. The chart also shows projections for the next decade, which indicate the U.S. will have fewer and fewer available workers. The bottom left shows growth in investment in structures and equipment each year, which has been shown to be a key driver of productivity growth. Together, these two measures on the left side determine the components of real GDP growth shown in the chart on the right side of the page. Growth in workers and growth in real output per worker equals real GDP growth. The U.S. will grow at a slower rate this decade than in previous ones because of our limited capacity in new workers and productivity increases.