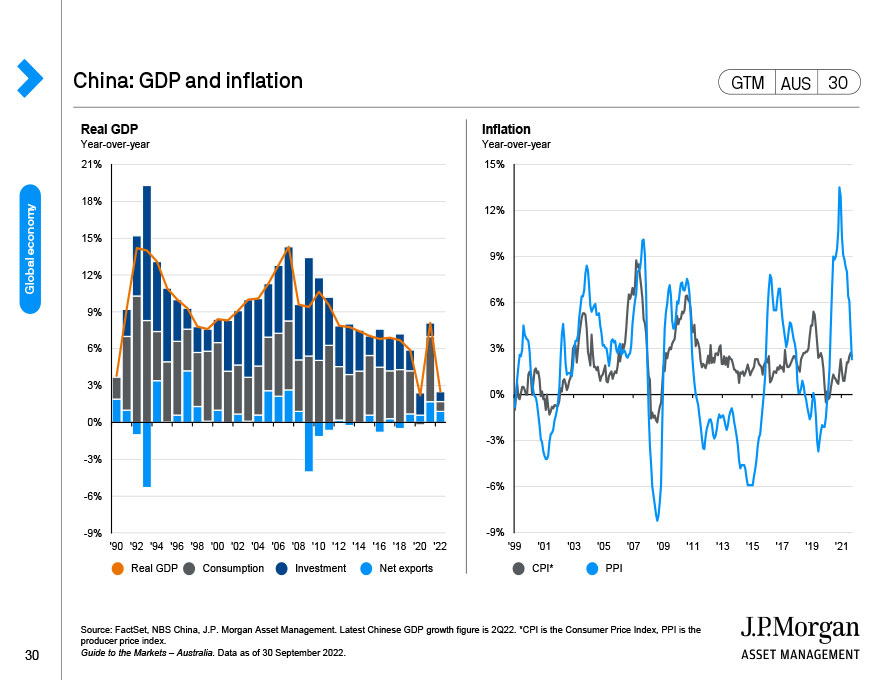 This slide looks at key economic indicators of the Chinese economy. The right chart shows how growth in retail sales, both in stores and online, has changed, reflecting the health of the Chinese consumer. Meanwhile, the chart on the left shows the decline in investment in China, which had been driven by officials in state-owned enterprises as the government attempts to remove leverage from the financial system has reversed as the fiscal stimulus is used once again to maintain momentum in the economy.