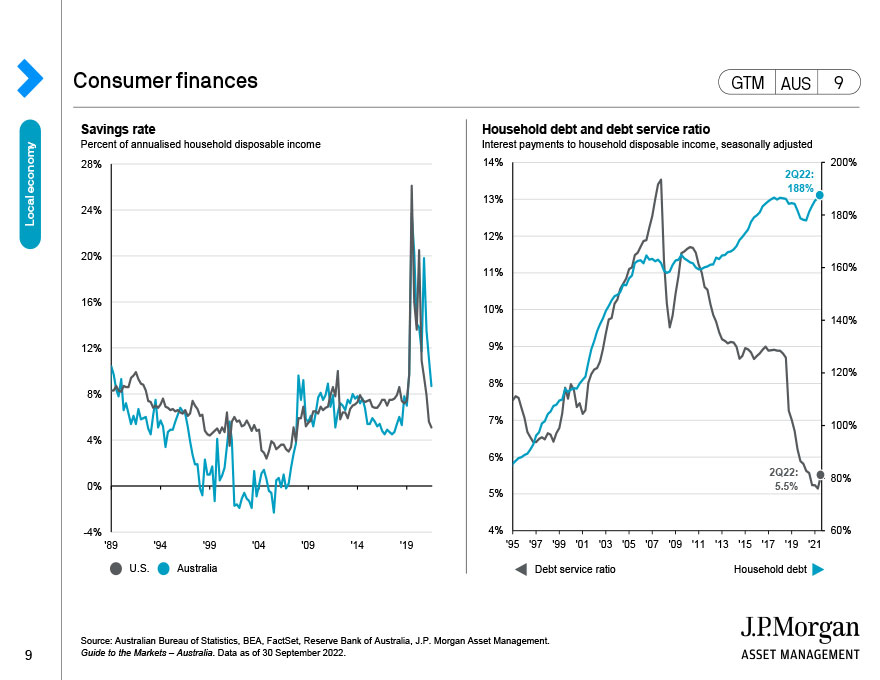 This page looks at the current state of consumer finances. The chart on the right shows the percentage of disposable income spent on servicing debt. Lower interest rates make debt cheaper, meaning more disposable income to spend elsewhere. However, Australian households have the highest debt to disposable income ratio in the developed world (left) and have not de-levered like many other countries after the global financial crisis. Incomes are also being squeezed but the savings rate has started to rise again building a buffer.